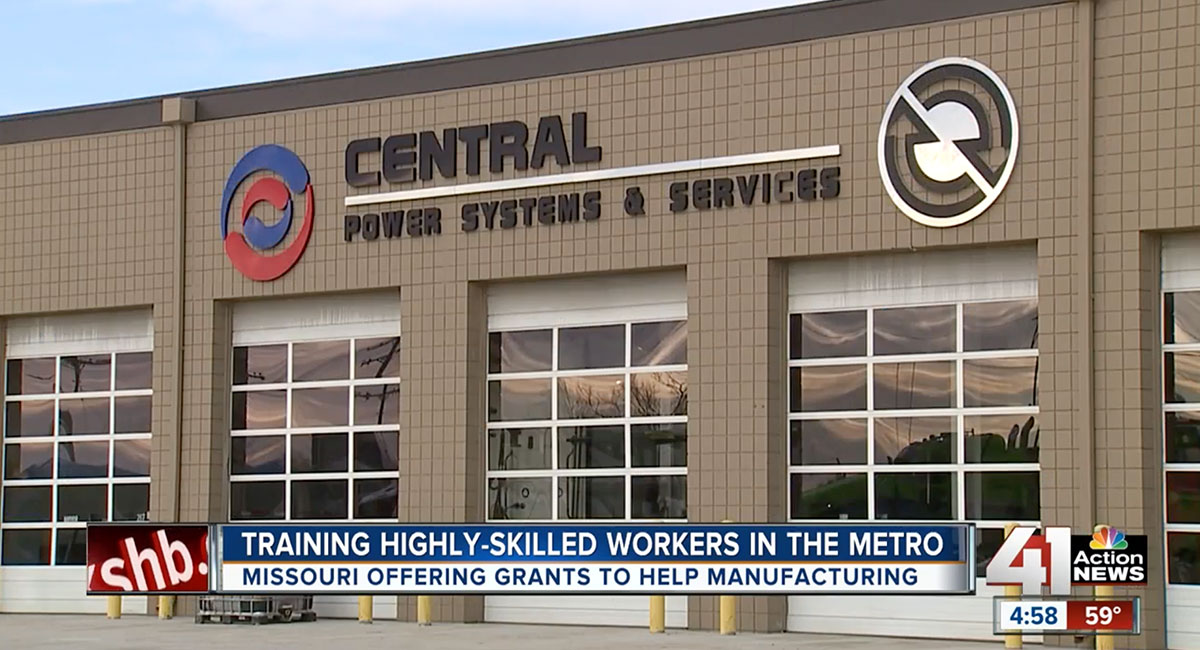 Missouri Gov. Mike Parson recently announced the state will award around $8 million to more than 200 projects to allow for almost 45,000 workers to take part in customized training for their respective careers.

The funding is part of the Missouri One Start program.

According to a release from the governor’s team, recipients will be able to allocate the state money for specific workforce needs.

More than a dozen Kansas City metro companies, many of them in the manufacturing field, were awarded funding.

On Monday, the chairman of Central Power Systems & Services in Liberty said the money would help expand training programs.

“We’re just behind the curve in getting people who are skilled and able to do what we do,” said Robin Roberts, who heads the company specializing in engine and generator services. “Part of that is interest is waning. Part of it is there’s just not enough training programs in the world to teach them to do what we need them for.”

Roberts told 41 Action News that the business has boomed since 2015, with the amount of employees doubling in size.

However, despite the success, the company continues to deal with a lack of available qualified workers.

“We could hire 40 to 50 more people tomorrow and still be behind the curve,” he said. “Maybe on the manufacturing side things are flowing away, but on the remanufacturing and support side, it’s bigger than ever and it’s going to continue getting bigger.”

The governor’s announcement followed a Bureau of Labor Statistics report released in October showing the Kansas City area lost around 1,900 manufacturing jobs so far this year.

Despite the tough time, Parson has pointed to the low unemployment rate across the state and tens of thousands of new jobs added this year.

Moving forward, Roberts hoped the extra funding could lead to even more growth in the years ahead.

“On the service side of things, jobs are in incredible demand,” he said. “We’re in a business that is an absolute necessity. You can’t be without your generator if you’re a data center or a bank.”

The full list of companies receiving funding through the Missouri One Start Program is available online.

More information on the training programs at Central Power Systems & Services can be found on the company website.

Since 1954, Central Power Systems & Services has been providing partners with the highest level of support. No matter the situation, we have solutions for Power Generation, Power Distribution, Industrial Engines, Construction and Agricultural Equipment, Custom Manufactured Projects and On-Highway Transportation Service.

Since 1954, Central Power Systems & Services has been providing partners with the highest level of support. No matter the situation, we have solutions for Power Generation, Power Distribution, Industrial Engines, Construction and Agricultural Equipment, Custom Manufactured Projects and On-Highway Transportation Service.
Central Power • Copyright © 2021 • All rights reserved